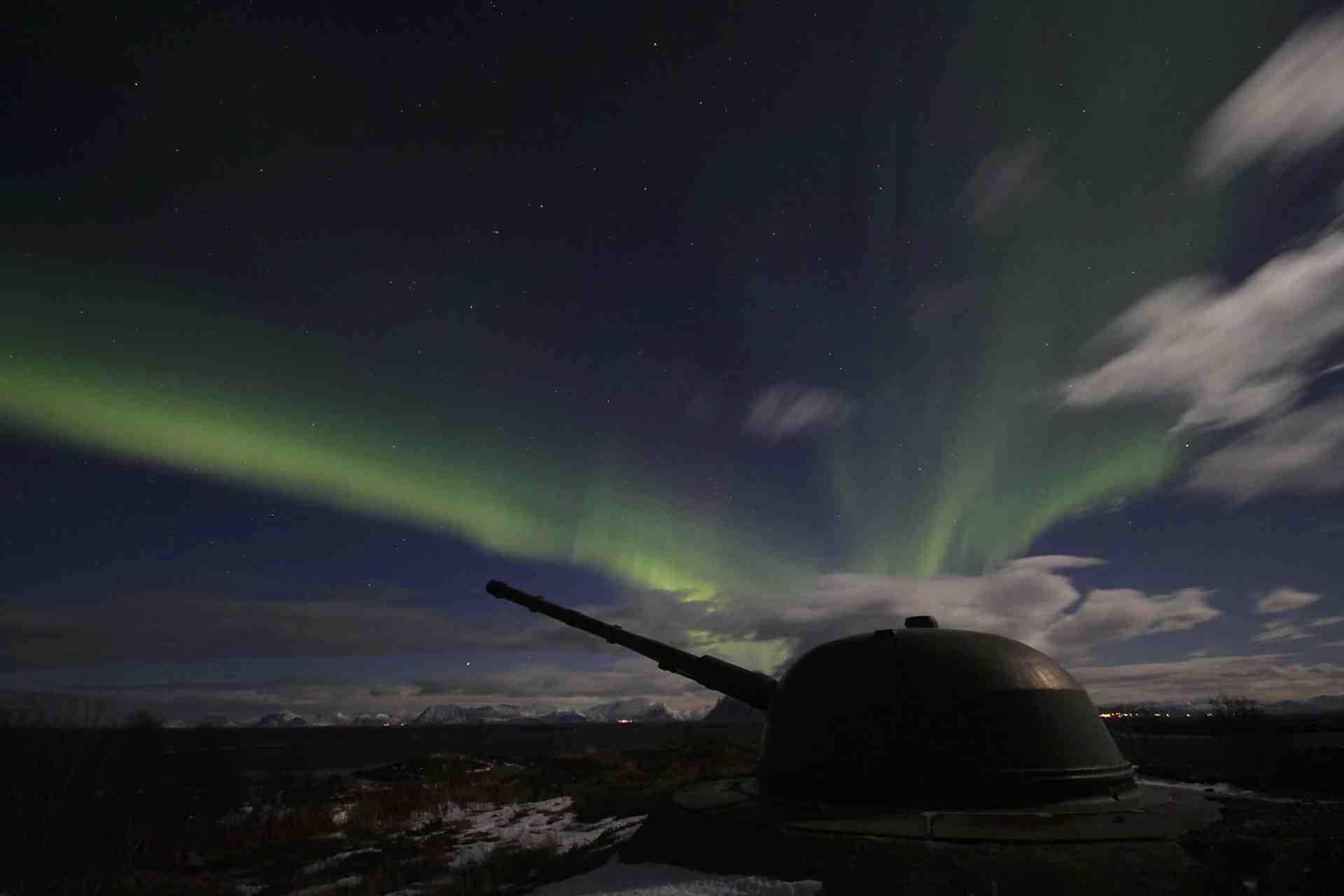 Meløyvær Fort, the world’s most modern coastal fortress, now a national museum. We have guiding trips inside the fort and this cost 200, pr.person minimum 6 persons. On this tour we are going inside the command center and cannon A.

Meløyvær fort is an abandoned coastal artillery fort in Krøttøy Harstad municipality in Troms. The facility consists of three guns and a command center, and was completed in 1989 as one of the last three coastal forts that were built in Norway. Meløyvær fort was strategically important during the Cold War, and would cover the area between Andøya and Senja.

Meløyvær fort was decommissioned in 2002 and protected by Cultural Heritage in June 2013.

Meløyvær fort, the world's most modern coastal fortress and a monument of the Cold War, was built in the late 1980s. A billion was spent on three 120 mm Bofors guns, command center and whatever else was needed to ensure peace and tolerance between East and West.

The guns are built in a more than 30 meters deep facility equipped so that it should be self-sufficient with water and electricity in an emergency. Since the plant is so new, all of aggregates, control, overnight rooms, kitchen, offices and so on are fully operational.

Meløyvær fort is the first coastal artillery fort from the Cold War that was protected in Norway. Directorate believes Meløyvær fort is of great historical value, both militarily and technically. It is also a point to show off the huge financial commitment to the defence during the Cold War. One of the guns (cannon A) located on Krøttøy and kept fully intact. In addition to the one gun will also command center is preserved. Anti-aircraft positions and the area surrounding the fort are also preserved.